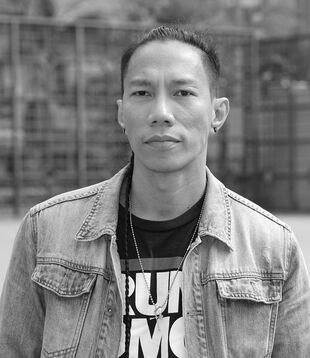 ​Reagan was born and raised in the Philippines. He started dancing at the age of 5. By the time he turned 11, he was winning local dance competitions and by 16, was discovered and invited to be part of "Battlekrew"; one of the Philippines pioneer Break Dance groups. This opened doors for Reagan to perform in corporate events and on national television.

With dance his life goal, Reagan began teaching and sought to learn other dance forms to widen his knowledge and skills. He became part of "Airdance"; Philippine's premiere Contemporary Dance Company. Through Airdance, he learned the foundations of ballet, contemporary dance, and modern jazz.

He became one of the founding members of "The Philippine Allstars" winning the World Hip Hop Championship twice in a row. This carved his name in the dance industry, giving him more opportunities to perform, compete and teach. Reagan became the head coach for the University of the Philippines, Manila dance varsity "Indayog" and was commissioned by one of the Philippines largest television networks, "GMA7”.

Despite his popular status in the Philippines, the need to provide for his family made Reagan seek opportunities outside of the Philippines and so he decided to move to Hong Kong. With all the life long experiences as a dancer, choreographer, coach and teacher, Reagan is unstoppable. He continues to learn new genres and techniques, sharpening his skills by training with other Masters and dance icons around the world. He believes one must continue learning, and the best way to hone ones skills is through teaching children.